2014 February - Wonderful news - congratulations to our volunteer from Melbourne, Pat Morgan, recognized by LeadSA for her work as a volunteer and fundraiser for Missionvale Australia. LeadSA asks people to make the world a better place.

2011 August - 2 Australian volunteers, Ben and Kim, visit Missionvale and spent time helping at the Care Centre and in the community. 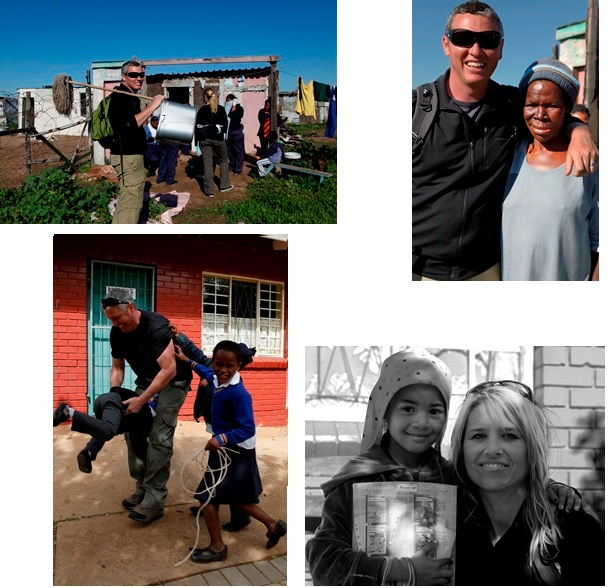 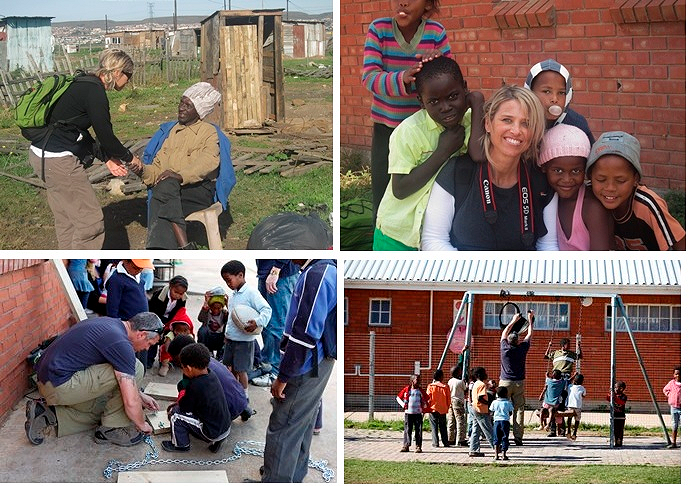 2010 saw the start of volunteers, organised by Missionvale Australia, working at the care centre in Port Elizabeth

April 2010 - "Although we felt as though what we did was a drop in the ocean, it was good to be part of such a vibrant culture of love. Hearing the wonderful Xhosa songs before people received food each day, watching the children playing so happily in the playground, and knowing that we were a small part of a large effort to clothe, feed and treat such impoverished people was a special privilege. The most wonderful privilege of all was to meet Sr Ethel, and to see the love that she has for all these people, and her constant desire to make their world a better one. That was Missionvale's most special gift to us." 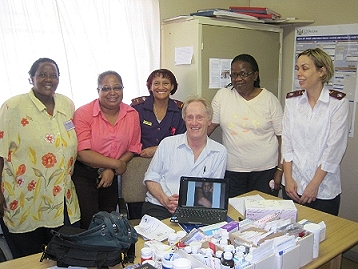 March 2010 - Jamie with the clinic staff: "The four nurses run the clinic very efficiently - dealing with HIV, TB, pregnancy and problems requiring analgesia or antibiotics. Jamie worked as a GP, providing in depth medical examination and diagnosis and referring to local hospitals. Although there were good basic medications, it was frustrating that he did not have resources for suturing, blood tests and antifungals amongst others. As few people spoke English, he needed a Xhosa or Africaans translator most of the time. Thankfully one of the volunteers was proficient in all three, so frequently helped out with patient assessments."

Feb 2010 - Penny and Rachel in the clothing warehouse.
"Thankfully Rachel spoke English so we were able to chat quite freely. The warehouse was very big, and very hot during the summer months (and apparently freezing during winter). The work was quite exhausting, and took me to new domestic heights of folding, sorting, packing, cleaning and stacking. I had such admiration for Rachel and her offsider, Mynah, who worked so constantly in the heat and dust with few complaints, and then dealt so patiently with the people who constantly came to the door for their handouts. It certainly was my most demanding "placement" at Missionvale." 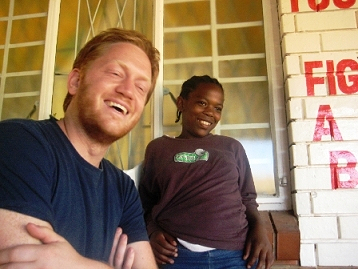 Doug is with one of VIP (orphaned and vulnerable) kids "Doug made a fuss of them, playing magic games, teasing them, taking photos and generally making them feel important and enjoying the fun of teenagehood. Every time I saw them after he left, they would ask about Doug. The pity with the VIP kids is that volunteers necessarily come and go, so the programmes set up for them after school only last as long as the volunteer's stay, as there is no extra staff to take them on."